WE TAKE PRIDE IN OUR WORK.

We strongly believe in providing our clients with high-quality, reliable legal assistance when it is needed most, and we always go above and beyond in our efforts to help our clients. We are proud of our track record and have outlined some our recent successes below. While every case is different and we are unable to guarantee the outcome, we believe these cases are an accurate representation of  the way our firm works with our clients. If you would like to learn more, we encourage you to contact Maiello Brungo & Maiello by calling (412) 242-4400. Our client, a developer with two parcels of land, faced daunting zoning issues associated with its planned food establishment and off-site parking lot. The Land Use Team at Maiello Brungo & Maiello (MBM) led by Michael Korns devised a proposal using multiple criteria that successfully satisfied ordinance specifications. The MBM team crafted an interpretation of the legal ordinance that allowed our client to proceed with development by combining three special exceptions and one variance together.

Working with our client’s architect and traffic engineer, MBM constructed an alternative parking plan to limit vehicular traffic, incorporating public transportation and bicycling programs, employee financial incentives, and discounts for customers who use ridesharing. Through these efforts, the landowner had satisfied the criteria for special exception under the Zoning Code.
As for the dimensional variance needed for the parking lot, MBM effectively demonstrated unnecessary hardship with the triangular-shaped lot and its unique positioning. The City of Pittsburgh Zoning Board of Adjustment granted the Landowner’s applications for both special exceptions and variances after a presentation by MBM and its client.

The trial court reversed the Zoning Board’s decision, calling the landowner’s Alternative Parking Plan “aspirational.” However, on appeal, the Commonwealth Court reinstated the Pittsburgh Zoning Board’s initial ruling in favor of our client.

Read more of our legal real estate victory in the Pittsburgh Business Times. MBM IS SWIFT IN SEAMLESS TRANSACTION

MBM represented a client in purchasing the building, assets, and real estate of an operating manufacturing plant in Pennsylvania on an accelerated time schedule. Our attorneys also worked with the seller, ensuring a smooth transition resulting in zero business interruption. The business acumen of attorneys Lawrence Maiello and John Prorok, and leveraging the skill of their business law team, were key in accomplishing the successful outcomes of this transaction. Our client received our experienced counsel in identifying risks and opportunities while meeting the quick turnaround times needed to get the deal done.

Within 45 days, MBM accomplished the following:

Our client, JMS Capital Group, in its role as asset manager for for PWA Continental Executive Parke, LP, facilitated a twelve-year $48M lease with Baxter Credit Union at Continental Executive Parke located in Vernon Hills, Illinois. Included in the deal was a plan to create a 176,000 square foot state-of-the-art corporate headquarters. MBM Partner, Lawrence Maiello, played a critical role in the successful structuring of the office park. When a local union brought suit against several school districts alleging a violation of the School Code, MBM’s School Law team stepped in. While the School Code only mandates criminal background checks for construction contractor employees that have direct contact with students, our clients opted for stricter policies that mandated checks for all construction employees – regardless of their contact with students. The ruling brought down by the PA Commonwealth Court reinforced our clients’ right to impose more stringent policies that must be followed by construction employees. Our client, JMS Capital Group, in its role as asset manager for PWA Keystone Crossings, LP, decided to facilitate a $16,750,000 refinance of the Keystone Crossings property, a commercial development located north of downtown Indianapolis. The Keystone Crossings property consists of a 100,000 square foot commercial office tower and two outparcel buildings. JMS Capital Group, through the refinance process, returned 100 % of investors’ initial capital investment. In addition to the return of capital, investors also received an average paid annual dividend of 10% since purchase. MBM Partner, Lawrence Maiello, played a critical role in the successful structuring of the development. MBM REPRESENTATION OF A SMALL BUSINESS LED TO A SUCCESSFUL SALE AND OPPORTUNITY FOR NATIONAL REBRANDING AND FRANCHISING.

Maiello, Brungo & Maiello, LLP recently represented a family owned business in the sale of its dry cleaning retail stores and operations located in Ohio. The business will be rebranded as a national dry cleaning franchise. The transaction involved the transfer of store leases, environmental indemnities, and equipment. The client will continue to operate its dry cleaning business in Pennsylvania and West Virginia. MBM REPRESENTATION OF A ZONING BOARD LED TO THE SUCCESSFUL REVOCATION OF AN UNCONVENTIONAL GAS WELL ZONING PERMIT.

Maiello, Brungo & Maiello, LLP recently represented the East Pittsburgh Zoning Board, who upheld the revocation of a permit for an unconventional gas well for failure to move on the project.  MBM successfully defended the revocation, which ultimately led the Pennsylvania DEP to terminate the project.  MBM Attorney Michael Korns conducted the necessary hearings and crafted the legal basis for the withdrawal of the permit that led to the abandonment of the site. 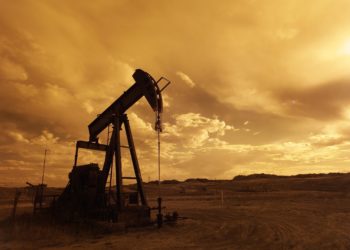 MBM ATTORNEYS SECURED FINDING THAT THE TOWNSHIP’S OIL AND GAS ORDINANCE WAS VALID AND CONSTITUTIONAL.

When an activist group filed suit against our client, a First Class Township in Westmoreland County, MBM successfully defended the Township and its leaders against charges that an oil and  gas ordinance was unconstitutional and invalid.  MBM first secured total victory in the Westmoreland County Court of Common Pleas, then successfully won a landmark case in the PA Commonwealth Court establishing that local municipalities have the right to develop rules and regulations governing unconventional fracking. MBM EDUCATION LAW ATTORNEYS SUCCESSFULLY ESTABLISHED THAT THE TEACHER’S COMMUNICATIONS WITH A STUDENT WERE “IMMORAL.”

MBM serves as solicitor for a School District that terminated a teacher’s employment contract for the charge of “immorality.” The charge was based on social media communications with a student that involved inappropriate behavior in the school and classroom. The teacher then filed a grievance and the case went to arbitration. The arbitrator found that our client established just cause and was not arbitrary or capricious in its decision to terminate the teacher’s employment. It is important to note that in this case, our clients had a social media policy in place, which directs the staff to maintain professional, moral and ethical relationships with the students in all forms of digital communication.