Act 46 approved by the Governor on July 13, 2005 for the first time since 1987 in the Pennsylvania legislature increases School Districts reimbursements from the State for construction. The PA construction Code Act also includes additional reimbursement for State construction projects that use pre-approved designs from the Department of Education’s school design clearinghouse or whose buildings meet certain environmental design standards.

Amendment proposed to the PA. Construction Code Act providing that existing building without a certificate of occupancy prior to April 10, 2004, would be treated as an existing building under Chapter 3. These buildings would be issued an occupancy permit if the entire building meets the requirements for fire protection and means of egress and the building is not unsafe, unsanitary, or judged not to be a fire hazard or dangerous to human life or public welfare.

PA construction Code Act proposes to amend the Mechanics Lien Law to only allow a contractor and not a subcontractor to waive lien rights.

PA construction Code Act Proposes to amend the Procurement Code by requiring the Department of General Services to receive, assess and respond to commonwealth purchase proposals for the procurement of supplies, services or construction. The proposed Pennsylvania legislation also adds a chapter entitled “Local Government Unit Electronic Bidding Act” which permits local government units to permit the electronic submission of bids electronically if the local government has the capability to maintain the confidentiality of the bid until the bid opening time.

Competitive Bidding. Various bills have been introduced to increase the minimum threshold amount of work that would require public notice. For example, the First Class PA School Code, Township Code, Municipal Code, and County Code threshold would be raised from $10,000 to $25,000.

Construction Sales Tax Exclusion PA Construction Code Act proposes an amendment to the Tax Reform Code by exempting a Pennsylvania state construction contractor employed by a nonprofit school from sales and use tax. 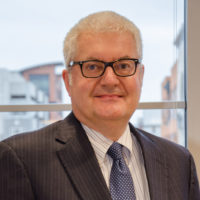 David Raves specializes in construction law and is a registered architect in the Commonwealth of Pennsylvania. By integrating his architectural experience with his legal practice, Raves’ unique insight into the construction process affords his clients exceptional legal representation. He has been consistently rated a Pennsylvania Super Lawyer in Construction Litigation every year since 2010.